Just wanted to share this story I wrote a few yrs ago, hope you enjoy

This is about SKILL, KNOWLEDGE, LUCK and being UNLUCKY. And LIFE'S Little Lessons

I'm from Maine originally, I did alot of saltwater fishing of course, growing up on that beautiful coastline.

I got to Texas when I was 10, grew up in Houston so we, my dad & I, continued to fish the coast mainly with occasional(sp)visits to Rayburn, Livingston and Conroe.

We fished from the bank or pier as we never owned a boat, on the coast fishing from a bank or a pier teaches you alot about fishing, without producing alot of fish.

Well in 2007 just before my dad passed away, he said something profound.

"Why did I do things in life the way I did. Stressing, worrying about $$, people, and life in general. Not doing the things I always wanted to do. Like buying a boat for fishing, shooting a deer. I never got to do the things I really wanted to do, I wasted so much time"

I'm a single Dad with 3 sons, I told them what their Grandpa had said, and that I felt he had told me this for a reason.

Up to this point in my life, I gained alot of fishing knowledge, without becoming what would be considered a great freshwater fisherman.

Well, with my dad's words ringing in my ears, I decided, even though, I was struggling for cash, that I would purchase a kayak, which a couple of weeks later turned into 3 kayaks, (I still have 2 sons 17 &1 3 living with me, 3rd son is in college).

So armed with my knowledge and my new kayaks. I now had an advantage that I'd never had before.

I was on the water with the fish, able to move to the locations that I had known for so long held fish, and use tactics that I learned from so many days on the bank and pier.

Up to this point in life, I had never caught any LMB to write home about.

My 17 year old son and I, we're in our kayaks here in Central Texas.

Would'nt you know it but I broke my rod tip while launching.

My son asked if I wanted to leave, and I said "H%ll No, we just launched and we're here, and we're gonna fish"

It was a beautiful day, however their were lots of powerboats, and fisherman, on the Lake.

We'd been fishing awhile, my son already caught a few dinks and he kept telling me he "was whuppin me" he felt bad I broke my rod and I was'nt catching any" he knows I live for my Sons & Fishing.

Meanwhile, I'm watching these guys about 100 yards away in their Bassboats burning up to this rock cliff, casting to it hot and heavy, several boats did this for about 30-45 minutes, not catching anything and burning off to another location.

I told my son "that spots fishy, let's paddle over there" we get over there and he hooks 2, 6 lb'rs right away and me still nothing.

So I cast under this cliff and I get a hit, does'nt seem to be anything major just a hit, this fish begins to go around my kayak and my son starts screeming "Oh my God, that things HUGE". I still have'nt seen this fish but my son has and does'nt stop yelling.

Here I am broken tip, not having caught any all day, when I get a glimpse of what appears to be a very large fish, and at this point he starts to fight and pull my kayak and me in it.

My sons yelling this whole time "dont lose him , he's HUGE, bring him in"

However with all my knowledge and skill and luck, there's a couple of things you should know.

I have no knowledge of the ShareLunker Program, nor do I have a camera, mine had fallen into the water, 2 weeks earlier at Lighthouse Lakes in Port A.

I was dumbfounded, my son was in Awe.

That wonderful experience, we all live for, catching a dream, once in a lifetime bass me and my son that day on the water could not believe this beautiful creature was in my lap on my kayak.

I have no picture, I have no proof, other than, the experience my son and I shared that day on the water, because of what My Dad had said GOD REST HIS SOUL

That beautiful fish was released, hopefully I'll catch him again when I have my camera

Nice story Roofish. So many people go through life exactly what your dad described. I find myself saying those very words. Life is short and before you know it life has passed us by.   Roofish on here if you say you caught a fish 13-15 pounds then it is in stone that you did. I can vouch for a bunch of on here . I can't tell you how many times I left my camera somewhere or didnt charge the battey and catch a fish that I would love have a photo with. Sometimes I think it's ment to be that way. Thanks for sharing your story . Dave V

Eventually, all things merge into one, and a river runs through it. The river was
cut by the world's great flood and runs over rocks from the basement of time.
On some of the rocks are timeless raindrops. Under the rocks are the words,
and some of the words are theirs.

Thanx Dave, you know another problem with not having a camera or having camera problems @ a moment like that is as your memory fades overtime.

All you have is a distant memory, which may or may not ever be replicated. My son & I still have our memories of that day, but when we see other pictures of huge LMB, we always debate if mine was that big or bigger

Ya I know Roofish. I have a ton of those memories jammed in my brain wishing more as time goes on that I would have taken more pictures .  Especially of my family and friends when I was growing up. When I was stationed down in Valdosta Ga I had a LMB day that most dream of .  I had sunk this old tree in a local pond to add cover and structure to a pond that had none.  That fall I went back to the pond and fished that tree. I landed 6 LMB over 6 pounds . All caught on a fat rap crankbait . I wish there was a thing called digital cameras back then. I would have loved to caught those fish on a fly rod but it was my Diawa bait caster and rod.

Eventually, all things merge into one, and a river runs through it. The river was
cut by the world's great flood and runs over rocks from the basement of time.
On some of the rocks are timeless raindrops. Under the rocks are the words,
and some of the words are theirs.

Well I try to keep my camera w/me now & it is waterproof, hope you do too

I can see already, you belong here.  Thanks for the story!

Look through the photo albums Dave shares some beautiful pictures.

T-Bone I appreciate that

I remember as a kid my Dad took me camping in the White Mountains.

I have no idea where, all I do know is he parked on the side of the road way out in the boonies, he had some 100 yr old map, it had to be as the trail he said we would take up the side of the mountain no longer existed, but we took it anyways

He was fuming & I was miserable

The next morning we got to the top of that mountain & well there was a brand new camp store right near the lake & several winnebagoes(sp) parked right in front of that store & he gave me a look like, don't you say a word

Even though that was a tough trip for alittle guy, I wouldn't trade it for the world.

He also use to take me to a river, I don't know the name of it but it was right on the Maine/NH border & it was gorgeous, we never fished it but we did swim & camp, wish I knew what river that was.

My Dad never really fished freshwater, but I would have loved to had fly fished with him, he was so adventureous. I sure miss him. He would never believe me & my son fly fishing from kayaks & me tying flies

I just came across this thread. Great story, Roofish! 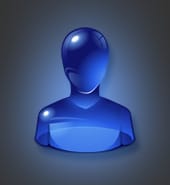 I didn't even realize Roofish followed this up with a continuation, not until I decided to scroll further. Really an interesting read